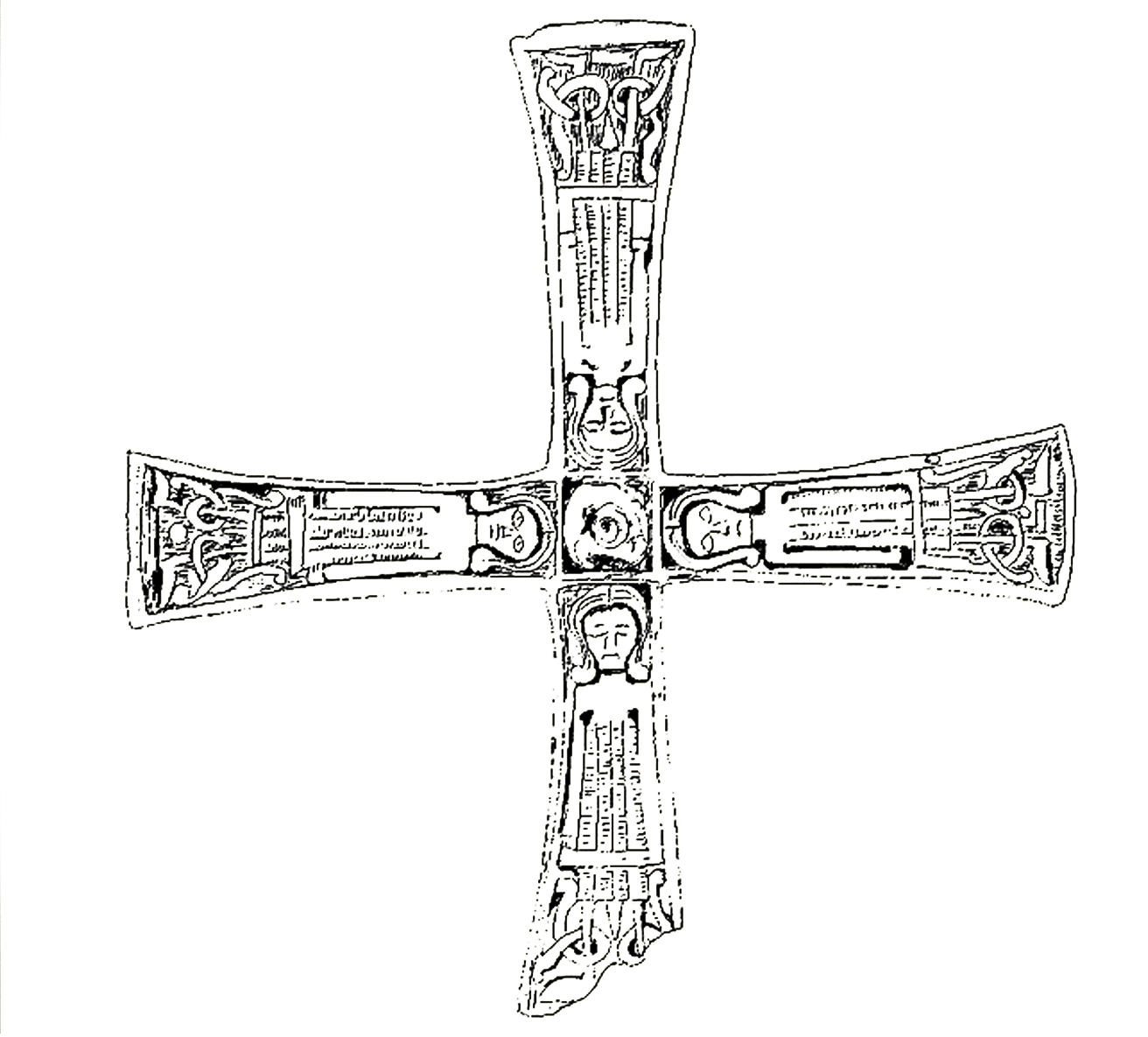 The Cloyne Cross was given to the National Museum, Dublin in 1885 (where it can still be seen today) by a representative of St. Colman’s Cathedral, Cloyne. It had been found in the precincts of the Cathedral by a man named Horgan.

It is a gilt bronze Cross dating from the 11th/12th century, measuring 11.8cm in length. Each arm depicts a figure, presumably of Christ, each figure differing slightly from the next.

The Cloyne Cross may have been used as a Pax (a term derived from the Latin tabula pacis ‘tablet of peace’). The Pax was kissed by the celebrant during Mass and passed by him to the deacons who, having kissed it, passed it for circulation among the Congregation.