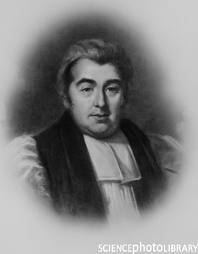 John Mortimer Brinkley was born in Woodbridge, Suffolk and baptised there in 1763. He graduated Bachelor of Arts in 1788, was elected a fellow of the college and was awarded Cambridge Master of Arts in 1791.

He was ordained at Lincoln Cathedral in the same year and in 1792 he became the second Andrews Professor of Astronomy in the University of Dublin, which carried the new title of Royal Astronomer of Ireland.

Brinkley took Holy Orders in 1808 to supplement his salary as Astronomer (then £250 p.a.) He never had to perform parochial duties although he had numerous preferments. In 1806 he was collated to the prebend of Kilgoghlin and the Rectory of Derrybrusk; in 1808 he became Archdeacon of Cloyne. A dispute about one of these posts caused Brinkley to study the legal position so assiduously that he became the leading authority on ecclesiastical law, and in 1826 he was rewarded with the Bishopric of Cloyne.

In 1826, he was appointed Bishop of Cloyne, a position he held for the remaining nine years of his life. During his career he received numerous medals and natural science awards for his work on the theology of science and his research and observations on how science supported nature and demystifying some religious beliefs which was revolutionary for his time. Thanks to his learned and scientific approach and training and his well respected standing in the community he was believable and believed and therefore allowed the huge gap between religion and science to be narrowed. He was elected and served as President of the Royal Astronomical Society in 1831 for two years.

Local lore has it that he used the castle on Castle Hill as an observatory. He was forty-five by the time his observatory was equipped with an altitude and azimuth circle (8ft in diameter) and he immediately put it to use. He used the circle in an attempt to solve the problem of the distance of the stars.

Brinkley died in his brothers’ house in Leeson St., Dublin in 1835 and he is buried in the Chapel of Trinity College, Dublin.

Read more about his life and work here.